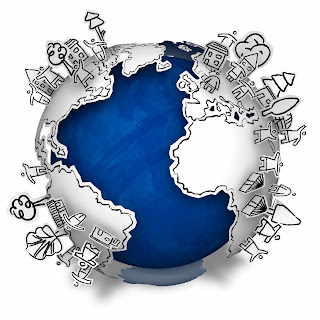 The story I am about to share, about being connected to the people around you, is 100% true.  You will probably read it and question the above statement (and possibly my integrity), and that's okay.  That's what humans do.  Question away!  But it happened in a room full of people...while my hubby teased me about thinking that the outcome that did occur...would occur.  Confused?  Read on...
I have to back up the story here, so you can more clearly follow along.  Peach and Pickle went to a different school than they go to now, when they started their adventure in the wonderful world of education.  So we have been fortunate to meet lots of different parents and little people!  I am continually amazed by the fantastic mix of people that exist on this planet.  I love you all!
It was Mother's Day weekend, and my hubby and his family arrived Saturday to celebrate the day.  As we were sitting around chatting, the phone rang.  It was a long distance number, so I answered it.  The German accented voice asked for a name that I didn't recognize, so I informed her kindly that she had the wrong number.  She questioned if she had reached the city I live in, and I confirmed she had.  She explained to me that someone had left a message on her answering machine and she couldn't understand the last few numbers of the phone number, so had dialled mine in error.  While this explanation is in the process, I discover I recognize her voice.  Now - she is calling from Germany - I know that - but here is where it gets weird - and I get teased.  I ask her if she has a son named Willy (this is the exact point that hubby starts rolling his eyes and joking with his family that I think I know everyone).  I can hear his laughter AT THE SAME TIME she says, "Yes."  So I laugh and reply, "Is this Seigret?" She confirms it is.  This is the point that "It's a Small World After All" starts tinkling in between my ears (because I'm weird like that)...I respond - "Seigret - it's Kathy Pettit - Peach's mom!"
At this point I am envisioning my husband choking on a mouthful of crow, as he listens to our conversation, catching each other up on what our kids are doing.  She had moved back to Germany with her family, so had left the region permanently.  We hadn't exchanged phone numbers, as we had moved to another school , and young girls being what they are, stayed more connected to the female students of their past.
So, in that small twist of fate, she had mistakenly called my house, thousands of miles away, to prove the theory that we are all a function of what the universe is doing - at any given time.  Be nice to everyone.  You never know when you'll meet them again...

(Small personal truth, courtesy of Douglas Adams - “I'd far rather be happy than right any day.”)
On that note, be happy!
Kathy Pettit
Posted by Unknown at 06:59 No comments: 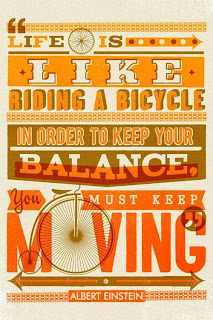 Sometimes, quite literally, there are so many balls in the air – that I am certain I may drop one.  And that one ball may be the most important one in play.  There are friends, family, responsibilities (what – I have responsibilities?!)  work, kids, errands, shopping, my blog, my novels that I am writing, my dogs, my chores, my fitness routines  – I am sure you all get the drift because as you are taking the time to read this you are probably neglecting one of those balls!  (But I appreciate that you are willing to do so!)


If I stop and ask , “Am I doing a good job?”  It would depend on perspective.  If your ball happens to be the one I dropped (sorry, man – I know it sucks!) you’d say ‘no.’  If I am exceeding your expectations, you may be thrilled with my deft abilities in the circus arena.  However, the reality is I am no performer.  I struggle to find that balance of have-to-do’s and would-like-to-do’s.  I have discovered the have-to-do’s are not as much fun as the would-like-to-do’s!  Having both needs met simultaneously would be awesome!  I would have loved to sit by (and in) my friend and neighbour’s pool (which is a fab place to be, by the way!) and bask in the sun with a chilly beverage…but alas…my have-to-do’s had piled up from the week so I was unable to partake in the glorious freedom of sitting idly by their pool and tended by a man-servant (I say this in jest, but he is quite a good bartender!) who looks remarkably like a teddy bear version of Keifer Sutherland.  Ahhh...I digress…


Balancing all my stuff is tough.  But, I’m made of tough stuff – so I muddle through with a smile – hoping I haven’t let too many people down along the way.  I keep moving, onward and upward!  That is where a little tipple of wine (or Tequila Sunrises ;D) helps blur the reminders of your have-to-do’s and focus on your would-like-to-do’s.  Here is where I give each and every reader the permission to blur those lines a bit.  Spend a wee bit of time on what you want to do.  For me, even writing this blog or working on my book is important – so here I am multi-tasking…watching Game of Thrones, doing laundry and blogging J  So please forgive any grievous errors you may take note of!  They came from a place of liking-to-do's!

I can't believe it but...I used the archaic term "I digress" in good form!

Happy balancing!
Kathy Pettit
Posted by Unknown at 19:53 No comments: