...And I Got a Cleavage Full of Gnats

This spring I have started biking to hold the 'oh-my-gosh-I'll-be-40-in-4-years!' at bay.  I do not want a saggy, pancake bottom.  Nor do I relish one day looking into the mirror and seeing the 'ladies' getting tucked into the waistband of my pants.  The list of issues for women when it comes to the ravages of time and gravity are endless, so I'll stop there - but I am fighting them every step of the way!

So, the last time I was on a bike was when I was in university.  I was nervous - I wondered, "Is riding bike - just like riding a bike?"  To be perfectly frank, I was worried I couldn't do it.  The great news is I am doing it - and I love it.  We started with 10km, and have built our way up to 20km - with a end of summer goal of 40km.  (Lofty, but I like a challenge!)

Now, SW and I do the country roads, whizzing by farms and fields, trying not to get knocked over by the swoosh of big rigs.  And the muscle burn feels good.  There are days, however, that have their complications.  Take for instance - manure spreading time.  When you're sucking wind and desperate for oxygen, and the only air available is laden with the rich, uncomfortable flavour of cow dung - well, that leaves a bad taste in your mouth.  Literally AND figuratively!  There is also the inevitable pain in your lady bits.  Invest in a good seat (like the Cadillac of seats!).  Tonight it was the attack of the gnats.  Swarms of gnats flying into your eyes, onto your arms, and for me - right into my cleavage.  (Truthfully, I gotta think that is a great way for them to die - but maybe I'm biased ;)) When I got home and peeled off my tank, there they were.  My ta-tas may have been responsible for the annihilation of entire families of gnats, for all I know.  There were a lot.

I had my hot shower, and washed the tiny carcasses away, feeling a teency bit guilty about the death of living creatures - no matter how insignificant they may seem.

Kathy Pettit :)
Posted by Unknown at 18:39 No comments: Links to this post

Zoey was a rescue, from The Catahoula Rescue.  Puppies are cute - but they are tons of work!  Rescue dogs usually have basic training, and are simply looking for their forever home.  Reasons vary, marriages split up and the dog is a burden, people get bored, financial situations change, people die - whatever the reason - there are lots of dogs that need homes.  Puppies are an easy sell - but dogs require you to open your mind and just LOVE them.
Back to our Zoey...firstly, she was a pleasure to be around.  We all have our faults, and some of hers may have been more pronounced than ones in other friends (furry or otherwise) – but the reality is, she truly was a blessing in all the lives that she touched, sniffed and licked.


Zoey was loud.  She snored, sneezed and barked loudly.  These habits, I am quite certain, had mischievous ulterior motives…to get us up and moving, to spend quality time with her, or reward her with some tasty treat.  She ate like a vacuum, and was excellent at keeping our floor clean of the crumbs that tend fall from the mouths of our babes!  She was also very effective at cleaning runny noses – a job which makes me cringe – so for that I was grateful (and, to be perfectly honest, grossed out).  She was always in a good mood, always ready to hang out, play, be a silent partner – or an active, vocal one.  She had energy to spare – and even put her kids to shame.  When I think of loyalty – I can say she exuded that valuable (and rare) trait.  She loved her friends – and her family more than we will ever know.  Zoey was patient, kind and kept us laughing.  She had enough naughty in her that time-outs occurred (just like a child!) – in which she was relegated to the outdoors, or an area of the house that kept her trouble-making ways contained.  She was a great accepter of hugs, kisses and funny poems – and took it all in stride - with just the right cocking of her head to make it seem like she could understand every word that was recited to her.  Her soulful eyes were always peaceful and warm.  It was impossible to be lonely when she was around.  And she was tough!  Even though she suffered from a disability – she was fiercely protective of the occupants of our house – whether it be human intruder or another sort – she kept us all safe.  She was our beacon of joy and safety.  Any kid that entered our house was family, and when she found them on the street again – she shepherded them in her little flock and kept them orderly, so as to not lose one.


I despise that I am using the past tense, because, our four-legged-squirrel-chaser, passed away  on Friday night.  Funny how dogs fit so well into our lives, that you speak to them (and of them) like they are human. Zoey's death was sudden, and caused buckets of tears from our entire house, from our friends, and much sadness in our other rescue dog, Riley.  It happened so quickly, but as she was rescued and adopted into our house with love three years ago, when she left her furry, grey and black dappled body on Friday, she left it being loved all the more for what she brought to our little family.  We were lovingly petting her and whispering words of love as she passed, in her own home, in her own bed.  And when that lively spark fled those pretty brown eyes, we closed them for good so we could let her have eternal rest.


She was a blessing – and I hope for any of you that may have  been blessed with a swat from a big paw, looking to be pet and loved – you oblige.  Because you never know when that exchange of love will be the last.  Thank you all for reading about our Zo-Zo…I believe a memory shared is a flower bloomed in a garden, somewhere.

I can't believe it but...we have lost a little piece of our heart...but I know we'll be okay.

Posted by Unknown at 18:35 No comments: Links to this post 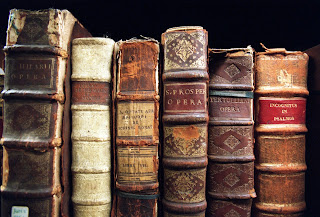 For those few that have been following my journey, I have done it!

With the encouragement of friends, family and a little motivation from the occasional (cough) bottle glass of wine and the copious consumption of my kryptonite (which happens to chocolate!) - I submitted a book for The Catherine Literary Contest with the Romance Writer Association of America!  It was approved, as they were only accepting a selected number of entries - which is the first step in the right direction.

How did this all start?  Well, I have a fantasy novel mapped out, of which I have about 400 hand-written pages I completed in 2007.  Earlier this year I decided it was high time to get it 'officially' started.  27,000 words of it have been weaved into the fiction novel, with a heck of a lot more to go.  But, I stopped work on it - just temporarily - as I felt the pull towards the romance genre.  I blame my friend (D.D.D. - totally referring to you!), who is currently in final edit stages of her own romance book, who got me thinking more about the romance scene.  Coincidentally, after chatting with her, I had a dream about a farmer named Noah (it's okay - it was only a dream)...and from that moment the character began taking on a life of his own.  I couldn't stop writing his story.  I am addicted, and it has become a focus of every spare minute I have (which to be honest - does not equal a lot of minutes!).  However, I have been able to write about 57,000 words of my novel in about three short months - and I am finishing up the ending in the next few weeks.  My submission to The Catherine was only 7500 words, which includes my synopsis - so I cross every body part that I can that the 'hook' is strong enough to get the authors, agents and publishers that judge the work to WANT to read more!  And I have to take the time to thank my hubby, colleagues, and friends for their feedback/editing on the preliminary edition of my novel.  Every single one of you that touched the story - I appreciate it immensely!

It is interesting creating these characters from scratch - their likes, dislikes, strengths and weaknesses...figuring out what makes them tick.  Being a female and writing the role of that 'perfect' man, has it's challenges.  As hubby edited the 7500 words, he would look up at me, his eyebrows raised, a smile teasing the corner of his mouth, working his red pen across the pages.  I would smile back, wondering to myself what will happen down the road when he eventually gets to the juicy bits??!!  In reading and writing these kind of books, are we setting ourselves up to be eternally disappointed with the actual males we come across?  Do we set those expectations so high that it is an impossibly difficult target to reach?  As women, do we need to lower our romantic expectations on the poor men in our lives?  I don't know.  But sometimes, a part of me thinks that if men read those books, and acted like the good guys, they might just have the perfect (and pretty secret - as I don't know any man that reads them - YET!) formula for how to act, think and behave to get their perfect girl.  And, if they followed it, maybe, just maybe, they would have the best marriages and happiest wives on the planet!  Just a thought...so maybe for Father's Day ladies, grab your hubby a steamy romance novel and highlight the parts that matter most.  Subtle?  No...but possibly the best investment you could ever make!

I can't believe it but...I  have officially entered a manuscript and may one day fulfil a dream of becoming an author!

Kathy Pettit (note: I decided to use my full name, Katherine L. Pettit as my official author name !)
Posted by Unknown at 11:26 No comments: Links to this post